Flightradar24 is a Swedish internet service that displays real-time flight information on a map. It contains flight paths, origins and destinations, flight numbers, types of aircraft, positions, heights, directions and speeds. It can also display time-lapse renderings of previous routes and historical flight data of the airline, airplane, airplane type, map, or airport.

Flightradar24 collects data from various sources. But outside the United States mainly from crowd-sourced informations from volunteers with a ADS-B receiver. The service was founded as a hobby in 2006 by two Swedish aviation enthusiasts. For Android and iOS there is a mobile app available in a free and in a paid version. The paid app has a lot of additional features and is ad-free. For mobile Windows devices there is currently no official app of Flightradar24 available.

Flightradar24 obtains its data from the following 3 sources:

For security and privacy reasons, informations from Flightradar24 are limited or even blocked on some aircraft. This includes most military aircraft and certain high-class aircraft, such as the Air Force One. 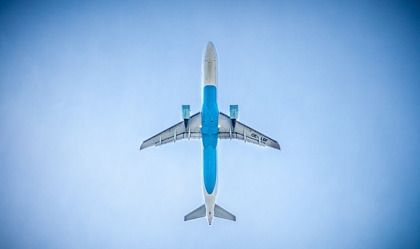 Flightradar24 was founded in 2006 by two Swedish aviation enthusiasts for Northern and Central Europe. They then opened the service in 2009 so that anyone with a suitable ADS-B receiver can contribute to the service. Flightradar24 received a lot of attention in 2010, when international media called on to report on the air disturbances over the North Atlantic and Europe through the volcanic eruptions of Eyjafjallajökull.