Skip to content
Go to our extended view (with all functions)

Even before there was an opportunity to track a flight with the flight radar and flight tracker via the Internet, only the observation remained us by eye. But that was possible only so long until the plane disappeared sometime on the horizon, or it was just out of sight. How many times we have wanted just to sit on the plane and experience the flight up close? We were only able to guess where our families, friends and colleagues, who had just flown out, were up to date.

The flight radar was for a long time reserved only to the flight controllers of the air traffic control. Due to the current state of technology, we can also slip into this role and track all civilian flights over the Internet on the flight radar, worldwide. You can choose a specific flight on the flight radar, or simply observe a larger airspace, such as a specific airport, and then track the flight. You will find all kinds of data, such as the airports, the flight number, the airplane and, the speed or the distance already traveled.

What makes the observation with the flight radar so interesting?

All these data are provided live in real time. You know in every moment where the observed aircraft is. If you have the flight number of the flight, you can easily enter it and you will be shown exactly this one flight on a map. You see now exactly where the aircraft is. So, nothing is left in the dark. Thus, do will know, for example, whether the aircraft is already started, between landed or already arrived at the destination. Even any delays will show you to the flight radar.

For many people, however, air traffic is also a hobby. They are generally of interest to aviation or, in particular, to aircraft, such as airplanes or helicopters. By flight radar it is therefore also possible to find out a special plane. Then you can watch it, film or photograph it at an airport nearby or maybe even at the holiday resort.

Observe the air traffic over airports with the flight radar

Nowadays, air traffic, especially through airports, is so dense that one can not overlook everything with the naked eye. It is hard to distinguish between passenger and freight aircraft. The planes takes off and lands every minute. It is certainly fun to observe everything on the spot.

But unfortunately the overview is missing. With the flight radar you have the perfect overview of everything that is going on there. For example, you can find out where the planes are coming from, where they are flying, and which flights will start or end in the next few minutes. To find out which aircraft are landing soon, you only have to zoom out with the flight radar to survey a larger airspace.

The flight radar is quite simple and for free

To watch an airplane or airspace with the flight radar, you only need a PC or notebook, a tablet or a smartphone. Of course, these devices must be connected to the Internet to receive the data that you can view live via the Internet browser. For mobile devices there are free apps, with them ist is even easier to make this connection to the flight radar.

Finding a flight or airport is fast and easy. Either you enter the flight number and then zoom into the map or you simply look for the next airport to watch the flights there. Most vendors of the flight radar automatically recognize where you are. So do you have not to search the entire world map for your country or airport. All you have to do is enter the appropriate flight or airport in order to inform you.

What is actually a flight radar?

For this, you have to distinguish between the actual radar and the ADS-B (Automatic Dependent Surveillance – Broadcast).

The actual flight radar is usually located directly in the aircraft and near the air traffic control and it scans the airspace for flying objects. But this system does not have long range and thus will not be used for private flight tracking.

The flight radar of the flight tracker therefore uses the above-mentioned ADS-B. In this case, the corresponding data are sent by the aircraft itself and received, evaluated and made available via the Internet by the air traffic control or also by private reception stations. This technique is used for air traffic control to complement the actual flight radar. For us as private users of the flight tracker, this is the possibility to observe the air traffic almost exactly like the professionals.

What technology is behind the Flight Radar?

The beginnings of the flight radar dates back to the year 1886. Here, Heinrich Hertz discovered in experiments that radio waves are reflected from metal objects. The German high-frequency technician Christian Hülsmeyer made the first attempts in 1904 with the help of radio waves. He discovered that remote metallic objects can be located with the help of metal surfaces by ejected electrical waves. His patent-pending telemobiloscope is regarded as the forerunner of today’s flight radar systems. However, the technique became for many years in oblivion as a result of the inaccuracy, no real benefit has yet been identified. 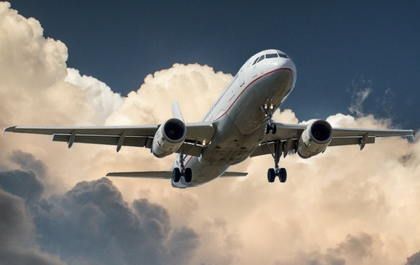 The Scottish physicist Sir Robert Alexander Watson-Watt is considered as one of the inventors of the flight radar. He conducted research on the technology and in 1919 he patented a method by which one they could locate an aircraft with the flight radar for the first time. In 1935, a real plane could be located with its technology for the first time.

Just before and during the Second World War, the breakthrough of radar technology followed. In 1939, the German Luftwaffe used the airborne radar for intercepting British bombers. From 1936, the British established the first radar stations.

After the war, especially the United States made great progress in the development of flight radar.

Today, the flight radar is also part of the standard equipment of civil aircraft and ships. One of the first and still most important civilian applications is the monitoring of air transport by Air Traffic Control (ATC).

As early as the end of the 1970s, the first systems of distance warning radars were developed for the automotive industry. In space, radar technology has been used since the mid-1990s to measure the Earth and other planets. Even weather data is collected with the help of weather radars.

There are many other applications of the radar. For example, for speed measurement in road traffic, as a motion detector or even distance warning in the car.